Topic Tuesday: Sometimes I have bleeding after sex. What could be causing this?

FPA Women's Health Blog Topic Tuesday: Sometimes I have bleeding after sex. What could be causing this? Most commonly, bleeding after or during sex is caused by your typical monthly cycle. Sometimes, you may get a little spotting or bleeding after sex a few days before or after your period, and this is usually nothing to be concerned about. In fact, having sex can sometimes make your bleeding start a little earlier than normal if you are close to your expected start date. This is due to a combination of your uterus naturally contracting when you orgasm, and semen softening your cervix. Similarly, if you have just ended your period, you may still have had a little bleeding over the next day or two, even if you thought it was over, and sex can sometimes trigger that bleeding faster than it would have happened on its own so.

Some other common causes of bleeding after sex are:

• Breakthrough bleeding from hormonal birth control use, especially if you recently started a new method

• A vaginal infection like BV or a yeast infection

If you have bleeding after sex and it is coupled by any signs of infection such as foul-smelling discharge, colored discharge, itching, discomfort or pelvic pain, you should come in for an infection screening right away.

While not as common, vaginal bleeding after sex can also be caused be something more serious like uterine or cervical polyps, uterine fibroids, cervical dysplasia, and even certain cancers. It is important to come in for a pelvic exam and possible pap smear right away if are concerned about your symptoms. 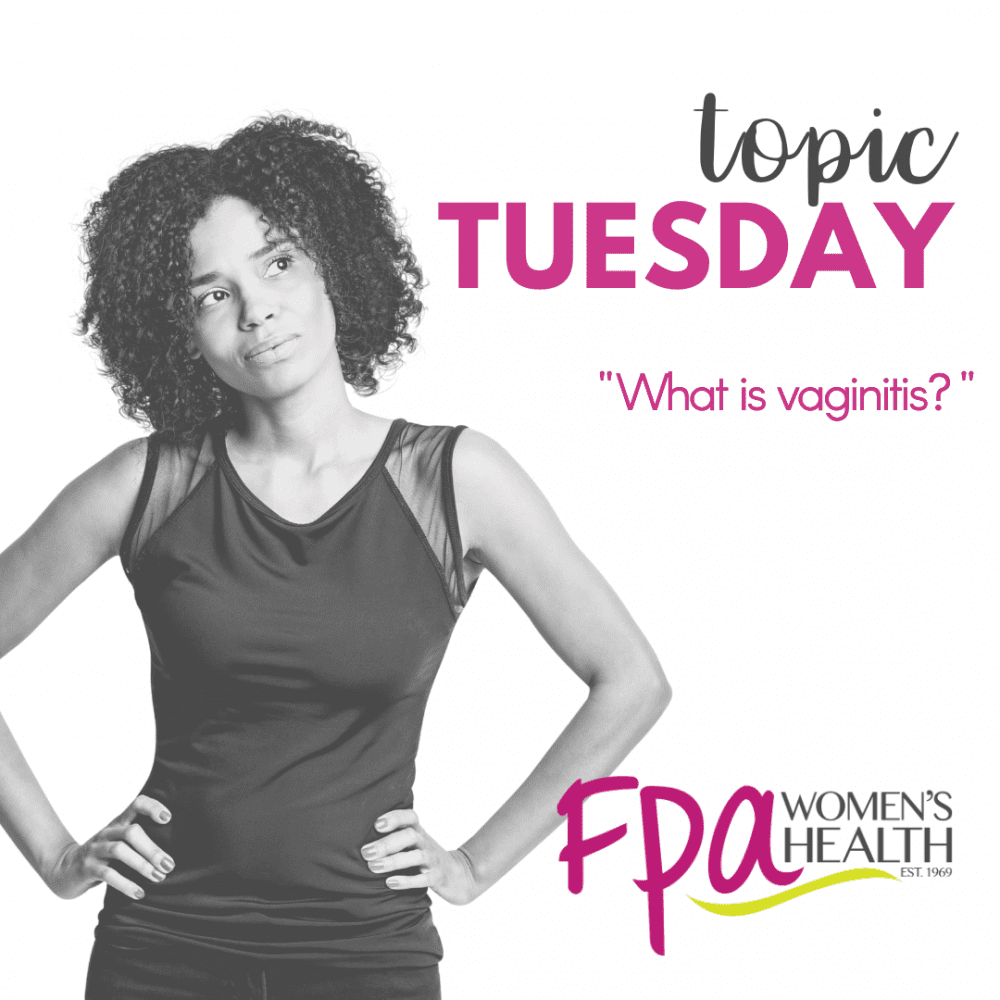 Topic Tuesday: What is Vaginitis?

Great question! Vaginitis is an irritation of your vagina or vulva. Topic Tuesday: Can I still use tampons if I have an IUD? 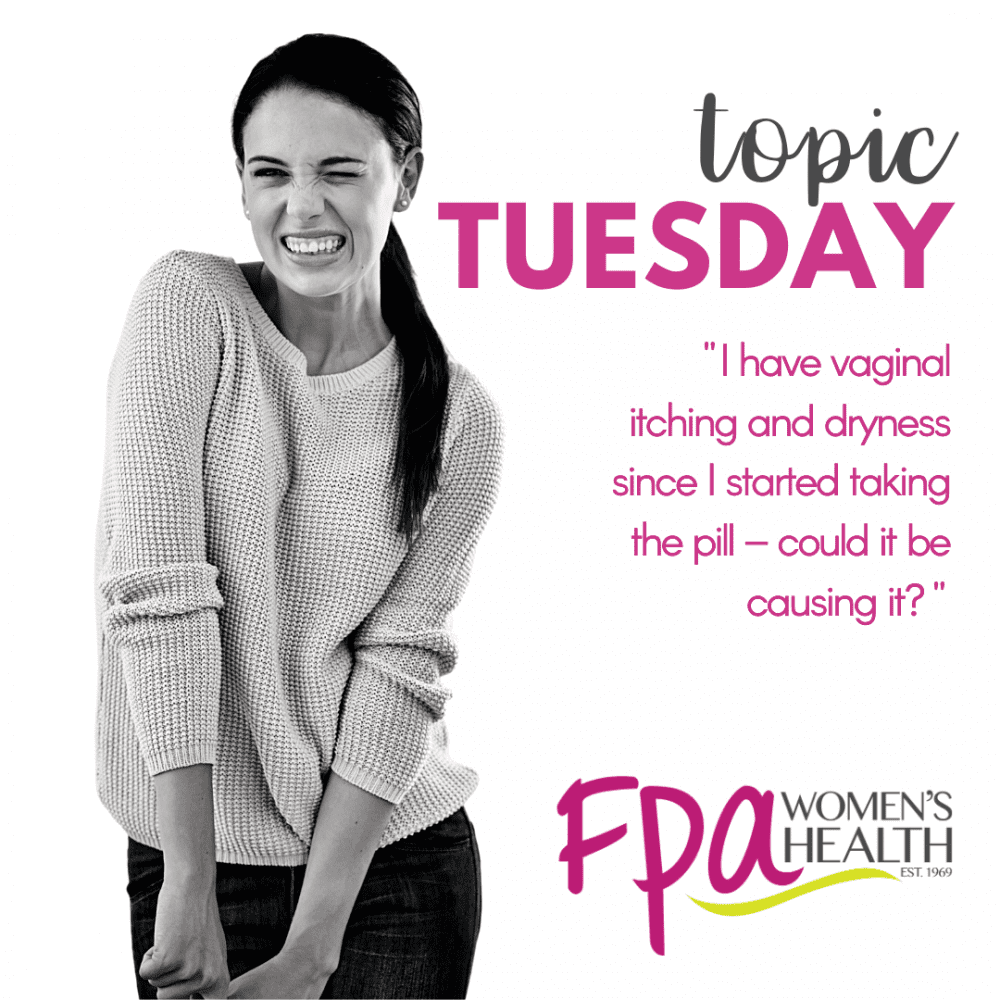 I have vaginal itching and dryness since I started taking the pill – could it be causing it?

Vaginal itching or dryness could unfortunately be caused by a lot of different things. Without examining you it is impossible to say for sure, but it sounds like you may have a yeast infection. Topic Tuesday: Is it safe to take multiple birth control or morning after pills to end a pregnancy?

Good question – and we are so glad you asked before trying this. There is a lot of confusion regarding birth control pills, morning after pills (emergency contraception or “EC”) and the actual abortion pill, and what exactly they do. We will dive into some Topic Tuesday? Is it safe to skip a period if I'm on the pill?

Great question! There are definitely some times when your period gets in the way more than others…vacations are a great example!